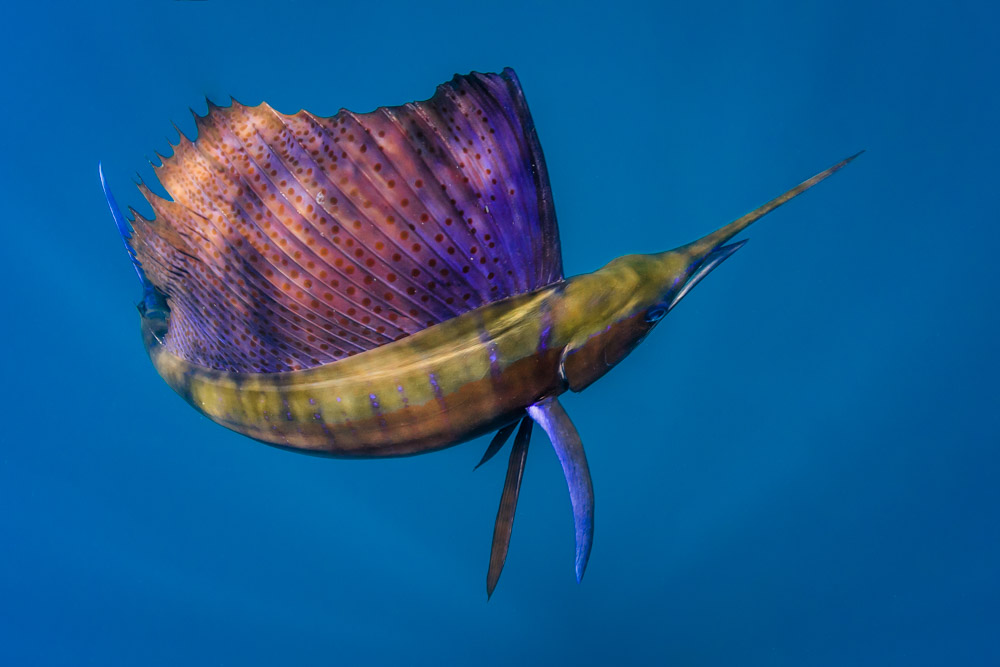 Another great day of fishing! It is amazing the abundance of our Costa Rican protected waters. Today we set off from the Pez Vela Marina located in Quepos, Costa Rica. This is located 30 minutes from our communities. We went 30 miles out to the continental shelf where the world drops off.

First, we got into a school of wahoo, which was a blast. Wahoo has been the most elusive fish for me over the years and was the first fish named when asked what should we go for today?! Wahoo is some of the best quality fish in the sea. Great fights all morning with these absolutely majestic creatures. Their tiger strip-like patterns make the blend in the water where they are almost invisible to the eye until they turn. Once we tired we decided to go and look for some sailfish. On the way, we made some fresh sushimi for lunch and complimented it with some traditional Arroz con Pollo Tico style, which was kept piping hot tied to the boat engine all morning. A lunch to remember for sure! As we finished lunch and a Cerveza (or two) the lines started to sing again.

We hooked up some sails! Watching these apex predators dance on the water was beautiful. We release all of them back to the sea. Now the adrenaline was running so it was time for the next adventure of the day. We decided to make a Yellowfin Tuna run. The captain made his adjustments and we set out to find the dolphins. We picked up a few dolphins on the way who showed us the way to the superpod. As we approached you could see hundreds of spinner dolphins launching from the sea in what seemed to be a choreographed display of aerial acrobatics. We were aligned in our goal chasing the same prize. As we passed to the pod of dolphin I thought they were going to jump into the boat. I began to see the chain of life vividly as we moved faster through the water. At the helm were thousands of flying fish darting in every direction flying across the surface of the water. Just behind where tuna some up to 200 pounds launching out of the water like missiles in hot pursuit. Staking just behind were the dolphin looking for some yellowfin sashimi. In the chaos you could see the flow of life and how the dots connected each depending on the other to survive. The captain spun the boat 180 degrees and headed directly at the flying fish. As they zinged by you could hear the buzz of their wings. Everyone prepared as we the next wave of larger silver objects began shooting through the water. Gripping the lines tightly we sat in silence as the tuna approached. We could hear the captain yell some Spanish words of joy above us the tower and then one after another the spoils began to sing. Everyone scrabble screaming and laughing as we pulled in the giants of the sea. When we had our fill and our arms could not push on we started home enjoying the stories of the day. Pulling back into the marina the boats were rendered like a painting by the sun setting over the Pacific. Another beautiful day of Costa Rica fishing in the books. Thanks Ben and Manuel! Pura Vida…